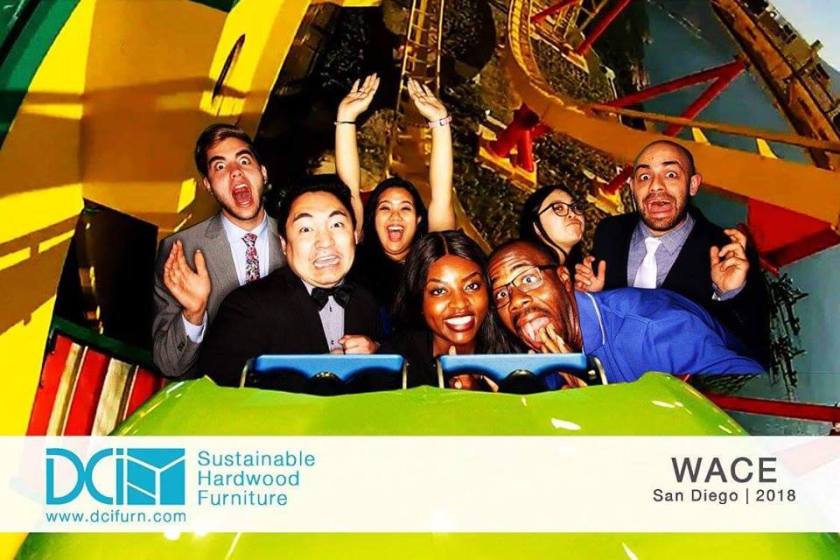 Holiday: The week that starts with a holiday (meaning day off) means the week goes by faster. That’s just hella chill. Because there was no work, guess where I ended up? AT UNIVERSAL STUDIOS! …and just in time to see Hello Kitty! They recently opened the Illumination Store at Universal and the first thing I saw when we walked in was Hello Kitty. Best believe I got a photo (and it’s probably one of the few photos I will actually every purchase at a theme part. 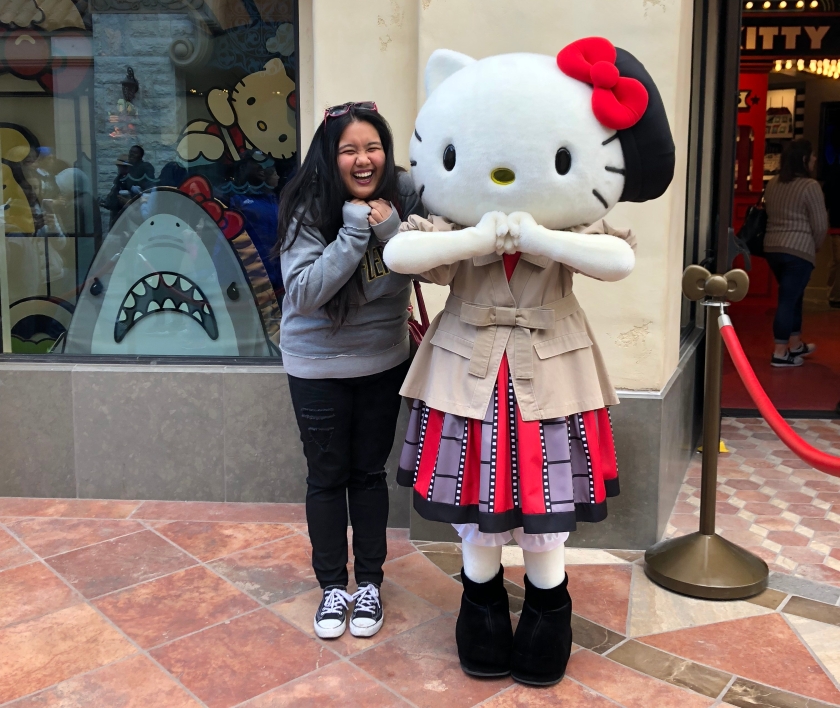 Meeting my WACUHO Mentor: One of my favorite things about Student Affairs (HigherEd) is how much of an opportunity we get to be mentored and be a mentor. In this case, I was getting ready to go to the WACUHO Annual Conference and Exposition and they offered an opportunity to for New Professionals (like me) to get a mentor who is a mid-level (or higher) professional. From the very first conversation, we already exchanged a lot of information and learning more and more about the field I’m in.

ProDevo taught me Taxes: Why don’t we get taught these things in Undergrad? Like… why don’t we have a “Life Skills” class? There were SO MANY words and phrases and forms as a part of taxes and we don’t learn how to do these things. We learn about so many other things, but not all the details we fill out in the different forms we get handed when we first start working at a job.

Adulting at the Dentist and Optometrist: My first visit to the dentist in a while, and naturally there’s hella teeth problems. It’s going to be an expensive process. Yikes. On the other side of that, the optometrist said that the grade of my vision has not changed (it’s been two years since my last eye exam y’all). I didn’t need to get new glasses, whoo!

Karaoke pARDy: It’s been a while since we’ve gotten the ARDs out, so it was super fun to bring a lot of us out at karaoke. I have an embarrassing voice, so I’m glad a lot of them didn’t. Also, I learned Kevin can rap to Iggy’s “Black Widow.” It was cool; don’t tell him that.

Dentist: I had a Monday and Tuesday dentist appointment — both of which required me to be on anesthesia. One for deep cleaning and the other for two cavity fillings. I WAS NUMB. Then when I wasn’t numb, I was sore. It was painful to eat. TAKE CARE OF YOUR TEETH!

ProDevo learning Finances: Remember when I said Taxes are SO MANY things? This time, we were learning about our retirement plans, mortgages and buying a car. Again, more words that were hard to understand and more things that we aren’t taught in our lives and expected to figure out on our own. Whelp.

Mom’s Birthday: My mom turned 50 y’all. I made sure she knew she old. lol.

ARD Interviews: About a year ago, I had to interview for the position I now hold and I am incredibly fascinated that I now get to be a part of it again, but on the other side. So many people had strength in their candidacy and during their interview process. It was quite amusing for me to be a part of the other side. To see and hear different candidates and what they had to bring to the table.

NWCA Theater Season “Good As New” Show: My second theater season show! I didn’t get to see this one during the show, but the message in this show was important.

Kevin took me with him on Duty: Okay, this might sound weird for all the people who have experience being on duty (in Housing), but I genuinely missed being on duty so it was fun getting to go with Kevin during his Duty Meets and one call. First of all… so much walking around (getting my steps in) to go meet the Das on duty for every building. It was really cool meeting other RAs and Kevin’s so generous, he was giving out Starbursts. Then we had to respond to a call where 3 fire extinguishers were missing and one had been discharged in the stairway. Like whaaa? Who does that tho?

Week 32: Two Big programs is Too Many programs

CR Appreciation: We like to appreciate our Community Representatives and we got people In-N-Out.

ShamROCK N ROLL: We wanted a reason to make everything green and also encourage green initiatives (sustainability), so this was a good opportunity for it. All of our foods were green (green milkshake, green waffles made with pandaan flavor, guac and chips) and we had succulents and tie-dye canvas bags. Our residents were really entertained and I just wanna know why lol. Oh, and I went on FB Live for the first time and that was just super awkward (for me) but apparently, I looked good. lol.

BFS Awards: There was another big event this week (and this one was with Programming Board). Bruin Film Society hosted their own version of the Oscars, called “BFS Awards” and they were full-on dressed with a red carpet and hella decoration. It was really cool.

Weekend: So Robert and I had planned on having a professional photoshoot and look extra nice, but #FAIL. The rain decided it wasn’t going to cooperate, so we had to cancel our photoshoot. Then Robert was mad because he got a haircut and now couldn’t take photos. We were also supposed to go to WeHo, but RAIN. So instead, Robert was like “Let’s go to KBBQ” and I was like sure. We went to KBBQ, took my SV Garbage ARDs with me (Kev and Vi) then ended up at an ice cream place. So it was still a good night.

10th Week Celebration: I love getting to spend time with my team in informal settings. In this case, we just wanted an opportunity to chill with the team, while we ate Diddy Riese cookies and ice cream (hella sugar, lol).

Closing First Full Conduct Case: I got the chance to have one full conduct case that I ran (mostly) on my own from beginning to end. I met with all three of the students in the case and did all the forms stuff, it was really exciting. The case was super easy to handle and the residents were really nice, so I didn’t feel like I struggled. Also, I have the process down. Whoo!

Dentist: This is the last dentist appointment in a while, so I’m hella excited over my teeth getting a break. The dentist surgeon (the one who’s gonna remove my wisdom teeth) was really out here looking at what they need to do for my teeth. I’m going to be sedated to remove my teeth, so that’s another thing. But I won’t be doing this until the summer (save up for the cost AND my energy lol).

ARA Interview (Day 1): I love the interviewing process. Like it’s something I genuinely enjoy being a part of (being the interviewer of course), and I got to be at University Apartments, which is different and nice.

We hired a new person: One of my team members quit (insert sad face here), so we had to hire a new person. Regardless, it was really fun to get to hear the new candidates answers to the interview questions and I’m excited to train him into our last quarter and be part of our team.

This quarter has been one heck of a challenge. I’ve been challenged but I’ve also succeeded as much as I could. Oh! I also spent less hours working this quarter (still overworked, but less), so go me! Yay.