ProStaff TTD: Get you a job that takes you on excursions for Team Training and Development. Instead of sitting in in a room and having a departmental meeting, we got to go on a field trip to a museum and learn there. We had the option of going to California African American Museum, Museum of Tolerance, Japanese American Museum, and Skirball Museum. It was an experience to be learning away from campus. 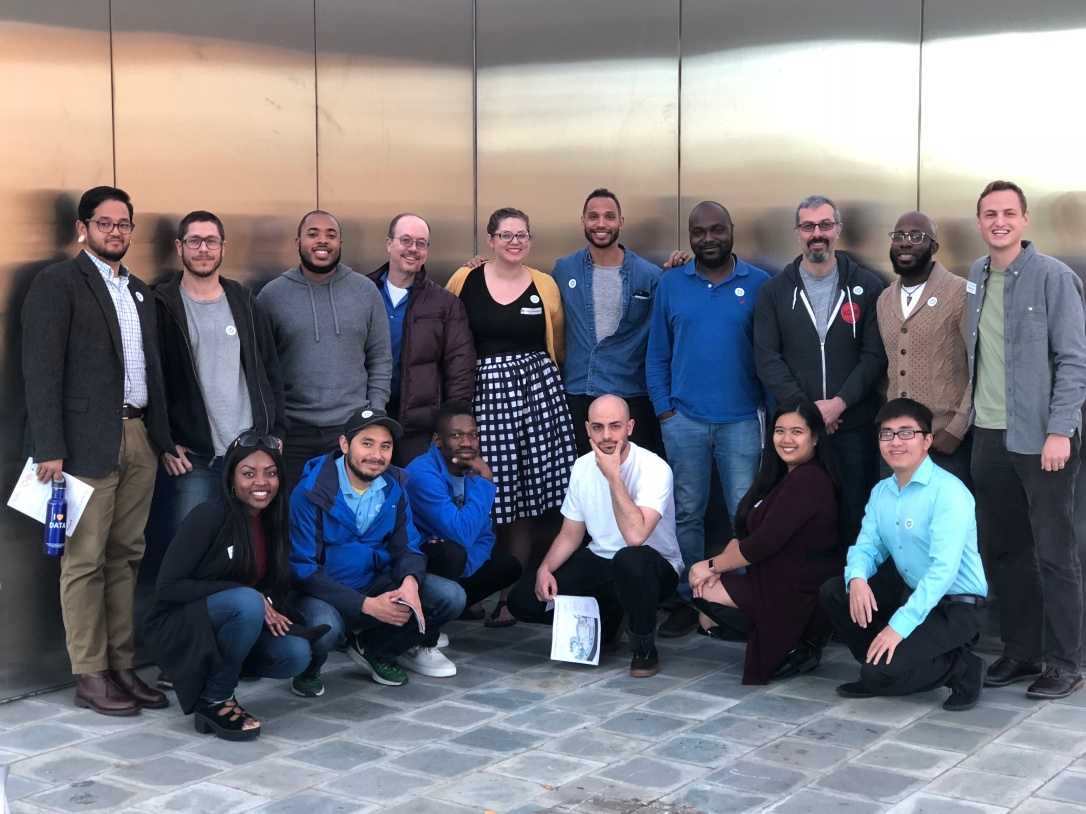 Courtside TTD: Before Winter Break, we told our team that upon their return for Team Training and Development (TTD) they needed to bring a sleeping bag (or air mattress). It was amusing to see what their reactions were and trying to figure out where we were going. Everyone was convinced we were going camping. Now, if seeing our Fall TTD pictures wasn’t enough to say my RD and I aren’t made for camping — I’ll remind you. We went to a hotel in Oxnard where the back of it is a beach. Talk about boujie AF. Anyway, we kept it a secret from half our team, but we ended up having a giant sleepover in one of the rooms on The Hill that’s typically used as a meeting room. When I say giant sleepover, I mean giant sleepover. We had 16 people in one room with a bunch of sleeping bags, snacks, and most of our planned activities. To say the least, it was an interesting experience. Probably not one that will happen again. Here’s a very cute picture of us at The Broad, after I made the team go on a scavenger hunt finding art pieces. lol.

Bruins Care: Programming Board and Northwest Campus Auditorium (NWCA) Theater Season began last weekend with Bruins Care, a show that I was the advisor for on the Programming Board end. This was my very first Theater Season experience at UCLA and it has set a very high tone already. Bruins Care show this year was a musical revue from other theater shows, this year focusing its theme on Queer identity. I was at both shows over the weekend, and it was such an amazing experience. There was a number where the  cast had sparkly pink vests and they auctioned off one of them on the second day show. I didn’t bid because I couldn’t afford it. BUT! At the end of the second show, one of the cast members was putting away their sparkly pink vest and I asked if I could just take a moment to hold it …THEN HE GAVE IT TO ME. HE LEGIT GAVE ME THE SPARKLY PINK VEST. I was crying (not like outwardly crying, but I was most definitely crying). To say I was happy is an understatement. I asked to take a picture with him because I was super happy.

Week 25: Three Weeks into the New Year, Too Many Hours

RA Apps: I didn’t pull an all-nighter but I also basically did to get RA apps done. lol. So maybe I took longer than the rest to read through them, but I wasn’t the only one. Essentially, it took me a million years to read through 55 RA apps, but I survived. It was very interesting to read different answers, different takes on the RA role, and stories that took different turns.

USC Visit: Yes, there is irony in visiting USC when I work at UCLA, but it was part of Professional Development. A number of us in the department went to USC to learn about their housing and ResLife department. An 11-mile distance between the two campuses and already so much difference, starting with them having a flat campus — opposite of the hills and stairs on our campus. I’ve also been introduced to another school with a bifurcated system (housing and ResLife is separate), so that was new. The best part of the visit was one of their dining halls is basically a mini version of Hogwarts Great Hall. I almost cried. 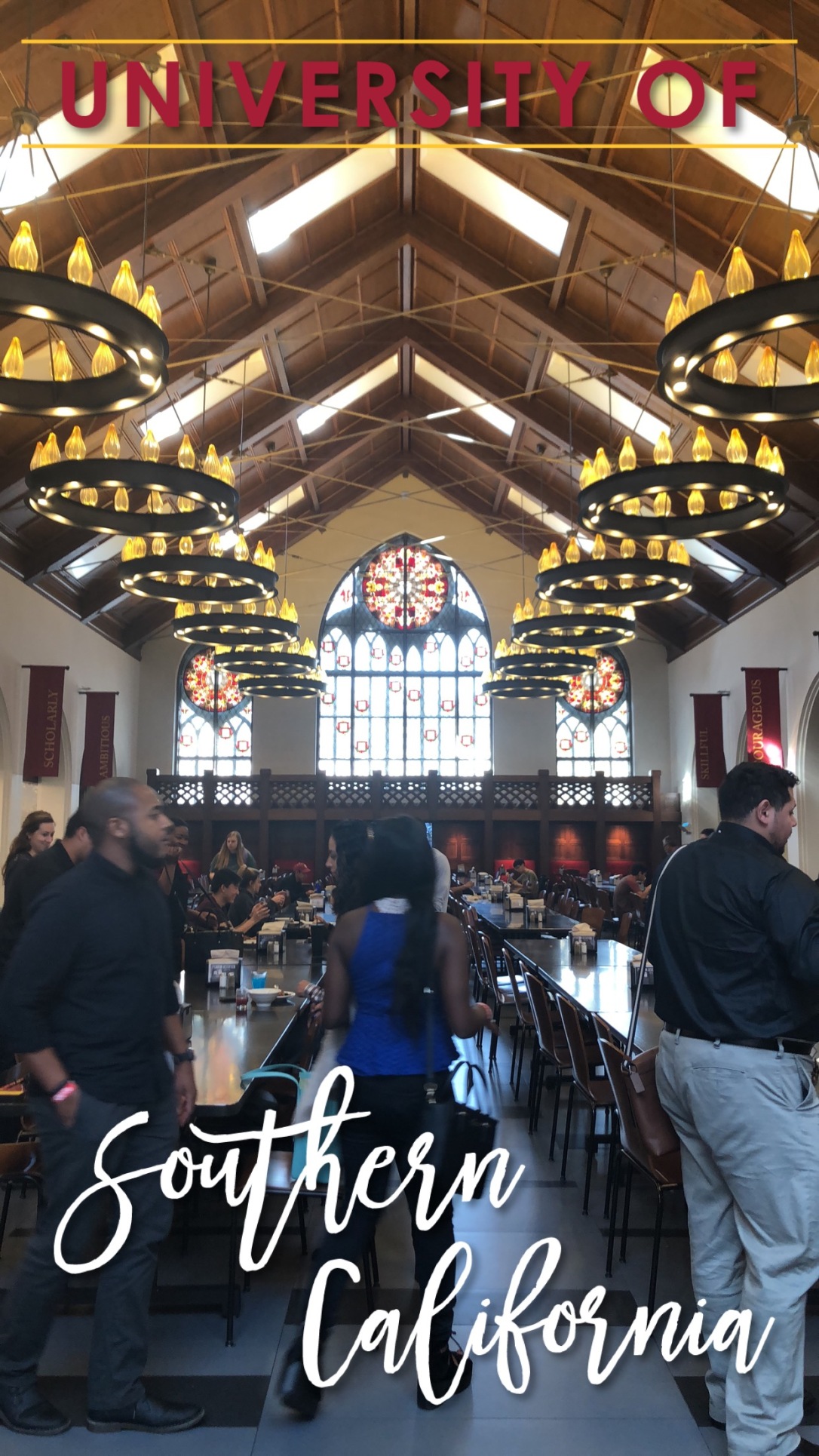 Mean Girls Wednesday: I was so proud of the three Sunset Village teams for being able to carry out a large-scale event set up for three buildings. We had movies, food, Photo Booth, and a bounce house. It was quite the welcome event.

Mentorsh1p Launch: I’m not shy about saying being a First Generation college student is one of the identities that I am most proud of. In fact, I’m actually quite vocal about being a First Gen. The Resident Director for the First To Go Living Learning Community offered an opportunity for a mentorship program with the residents of the First To Go community and faculty/staff. I hesitated at first to offer to be a mentor because I was afraid of overloading myself, but I also wanted to continue pushing myself towards working with the a specific community I know I’d be working with if I weren’t with ResLife. So this was a really big opportunity for me to make my first push into working with First Gen. I’m super excited to experience this. Just saying.

Outside of this fun and work experience, I’m studying for the GRE and looking into grad school programs and faculty. So there’s that.