I know you hate getting simpy, but I’m gonna take you on an emotional roller coaster — cause I’m good at that. 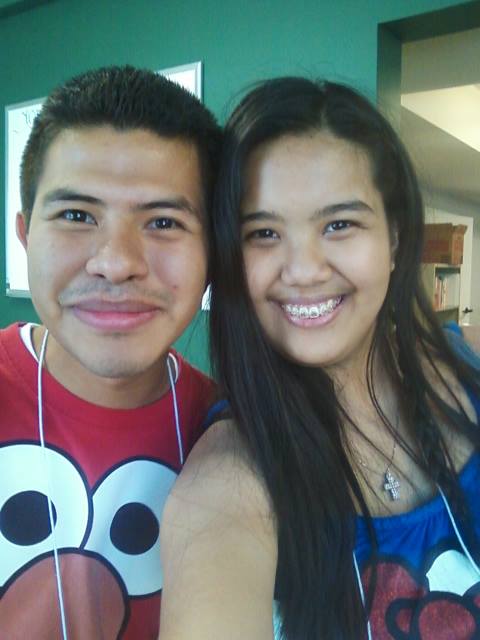 1st year: This was our weird year. We started out in SMLI 2013, where we didn’t talk at all, and I don’t remember ever seeing your face throughout the whole program. Yet, I still took a picture with you as we were checking out from the program. Then, I continued to be this weirdo and asked for your number so that I could send you the photo. Early Fall Quarter, we saw each other at the GUSH interviews and here was the iconic question that was asked and I doubted your answer. That one was a classic. Our first year was spent being fake. LOL, JK. This was really the awkwardest year for us, and it was pretty amusing. This was also the time we were nicest to each other. But every week, we saw each other at GUSH meetings, tried to survive Bio 94 during Winter Quarter, and ran a pretty well-thought out campaign for GUSH Elections. Oh, also, this is the year you introduced me to WingStop and I was confused at what it was. A lot of introductions, a lot of awkwardness, and so much more weirdness. But, you stuck it out with me.

2nd year: The year of savagery begins. When Housing Training started, there were very few people that I was comfortable with being around and every time we were in a large group setting, it was uncomfortable at times not to know anyone outside Middle Earth. You were the familiar face in the crowd that helped me feel a little more at ease and a little more comfortable to step out and be okay. You also started invading my personal space this year, SMH. Little did I know, it would only get worse from there. Winter was yet another quarter where we took a class together. Remember how we learned about making anything into a weapon from a professor that dented a podium. The inside jokes, the sarcastic comments, and a heck of a lot of cussing started this year and we begin to realize that there’s so much more than surface level to us. We lost something important to us during this year when we were rejected for positions we applied for. Even when it was tough, we had each other and that’s what made things better.

3rd year: The year of discovery. In many ways, I like to think this was the year we really got closer to each other the most and learned about each other the most. A lot of the times we spent together during 2nd year had some learning about us and things like that, but it was nothing like this year would be. From our backgrounds to identities and even the most secretive things about ourselves, we learned over this year. This was also the year we fought for the first time. After that first fight, I learned that if we ever fought, it was going to be something that wasn’t petty. You supported me throughout all the screw ups and hardships of 3rd year and cheered me on when time came to try once again for RA. At every moment of success, you were always there. You sat with me at a Denny’s for 3 hours talking to me about deciding Returner or RA. You were at my Confirmation, even though you’re not as religious as I am. When we found out what hall I was getting, we were shook AF because you were going to be my resident. Let’s face it, we were excited. Not like super excited, but like mini excited.

4th year: The year we graduate. We started off this year in another fight right before you left for Canada. But because you were leaving for Canada, I couldn’t stay mad at you because I cared more about making sure you returned to UCI alive and in one piece. We spent a lot of time this year judging a lot of things — because we were shown a lot of stupid things. You also spent a lot of time sleeping in my room, on my couch, when you have a single. Like, who are you. I went through a lot of difficult things this year and so did you. We cut out hella people throughout 3rd and 4th year. We never left each other’s side, and that’s something I was truly grateful for having you support me throughout every time things went south. The hardest thing to do this year was go through something without you by my side and for the first time in our 4 years of friendship, we were almost destroyed and we almost lost our friendship. Things played out well and we find our lives in this moment, not far away from graduating.

Even though our friendship started out in the weirdest possible way — because let’s face it, I’m weird — we took people by surprise to show that we’ve been friends for all of our college life, and we didn’t even have to try so hard. While there were also many tests to our friendship, I’m glad (and emotional) to know that I get to graduate tomorrow and still have you at my side.

A lot of things in college were changing for me. However, the one thing that’s consistent… you. We’ve created a bond over the years, and I could only pray that we never lose that bond. You’re the person who knows me better than most people do (actually, better than anyone except my mom). You’re the other half of me. I know for sure that as I know I have you by my side, and that’s all it takes for me to believe that I’ll be just fine. So here’s to graduating this weekend and the rest of the world to conquer. I LOVE YOU.

With all my love, 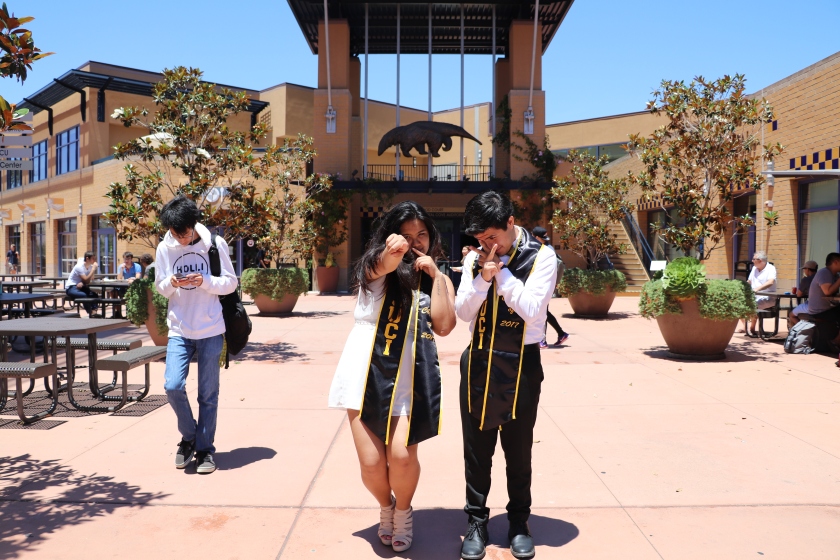